Era University was established in 2016 under the Government of Uttar Pradesh by Era Educational Trust (EET). Era Educational Trust is a registered body established with the main aims and objectives of providing educational (both medical and paramedical) facilities to the needy and deserving population of the society. EET has been conceptualized as a "Centre of Excellence" in Medicare, education, training, and research.

Ragging is defined as "Any act causing, inducing, compelling or forcing a student, whether by way of practical joke or otherwise, to do any act which detracts from human dignity or violates his person or exposes him to ridicule or forebears from doing any lawful act, by intimidating, wrongfully restraining, wrongfully confining, or injuring him by using criminal force towards him or by holding out to him any threat of such intimidation, wrongful restraint, wrongful confinement, injury or the use of criminal force."

Era Educational Trust, which enjoys the patronage and support of some well-known academicians in the medical fraternity, manages the Constituent Colleges of Era University: 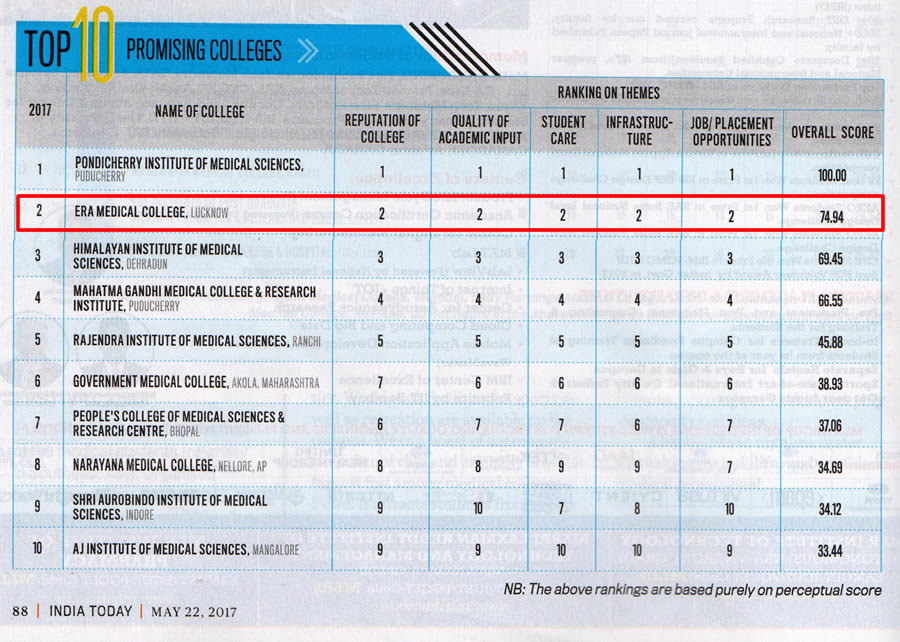 Fill Your Details for Online Registration